From the Diary of Mera Sinan, Innkeeper

(written about the time of Chapter Four, Mages of Mâvarin) 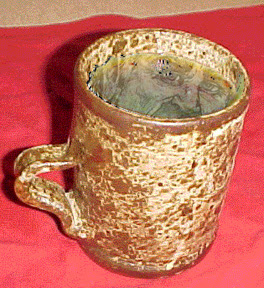 Events are heating up again in the shadow world of my Dad's visions, so he's suffering more than usual. I've hardly seen him sober this past week. This time, the alcohol is not enough. He's just stumbling from vision to vision now, unable to stop seeing things that are impossible, unable to stop worrying about people who aren't really there.

He never complains, and would never tell me what happens in the visions if I didn't keep asking. Sometimes I think I should leave him alone about it, and not ask what he saw. Most of the time, though, I do ask. As painful as it is for him to talk about it, he seems to feel a little better afterward. He thinks it's useless, this magic gone so terribly wrong, and it helps him to know that I take his shadow world seriously. I can't believe that the Gods send my dad these visions, year after year, consistent with each other but not with the real world, and yet it all means nothing. It has to mean something! That shadow world with Cathma and Carli and Rani and the rest is important somehow. I'm sure of it.

Listening to his sometimes incoherent words, I gather that the worst of his suffering this time comes because his shadow self is suffering, too. The mage he never became woke up a few days ago thinking he was dead. He wasn't, but it was still a trauma. It's only gotten worse since then. There was a storm in my dad's vision, and a shipwreck, and an escape engineered by the shadow version of someone my dad loved in college. Then last night, according to the visions, the mage confronted Sunestri's daughter, a very different person from the one in the real world. She did something terrible to him. Now he's far away from home, with no memory of who he is. The best part of him, the spirit, is trapped in a bottle.

It would be easily to believe that it's all just dream symbolism, the stronger, happier version of my dad now helpless and trapped by alcohol. It's not like that, though. Cause and effect don't run in that direction. My dad drinks because it hurts him to see his other self suffer, along with all those other shadow people he's come to know over the decades since these visions started. Dad only reacts to what he sees. He doesn't cause it. Besides, the mage of the visions isn't drunk. It's a physical bottle, stuck in a knapsack. If the spirit inside it doesn't reunite with the lost man in the western cave, the spirit will pass from this world to the next, and the man without a memory will be as handicapped in his world as my dad is in this one.

How will my dad survive then, if even his shadow self can never be whole or happy again?

Have to check this out!
Thanks,
Vince
deabvt