Belatedly cross-posted from Outpost Mâvarin to get the Kate saga all into one blog:


Round Robin: This Year's Werewolf, Questioned 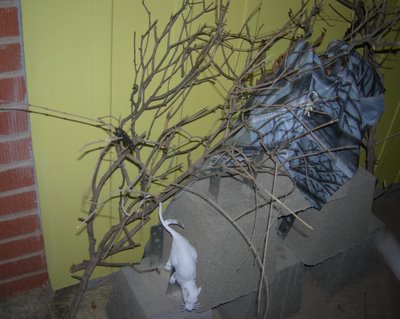 Pat (DesLily) chose "The Creative Side Of You" as the theme for this week's Round Robin Challenge. I've been preoccupied with Halloween the last couple of days, but let's see if this will serve. Tonight, John and I built a haunted forest in front of our house. I proceeded to hang out there with a few entirely fictitious friends. Or are they? Black Rose Katie Specks always gets annoyed with me when I claim that I created her. But according to my research, she never existed in this version of reality. Ariel Allegra is more philosophical about it. "I don't mind your calling me fictional," she says, "as long as you understand that in most of the worlds I move through, you're no more real than I am here." 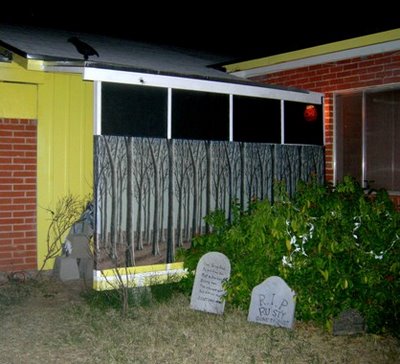 "Tell me again why you perform this Halloween ritual each year," Black Rose Kate ordered. The eighteenth century pirate scribe has taken to dropping in on me lately, wherever I happen to be, aided by her dimensional vagabond friend, Ariel Allegra, Joshua Wander's daughter. The two of them were hanging out by my front door, eating our mini-Snickers and critiquing the kids' costumes. Except that this year, we weren't getting many kids. "As I understand it, you are not attempting to ward off evil spirits," Kate continued. "If anything, you are inviting them." 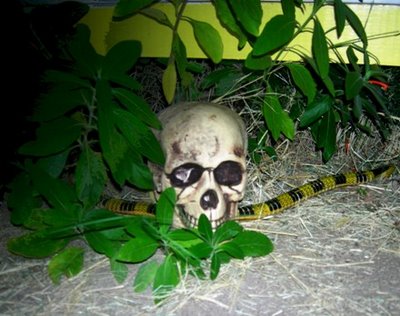 "I may have invited you, but you aren't what I would call an evil spirit," I said. "Merely piratical. And hungry."

Kate frowned. "I speak of the spirits of the dead and the undead. Clearly I am neither."

"That's debatable," I said. "Most likely you've been dead for centuries, but you haven't stopped moving yet." Kate started to protest, but I held up my hand. "No, don't get mad. You know it's only a joke. Besides, you're right. This has nothing to do with warding off spirits. Modern Halloween is a celebration of the human imagination." 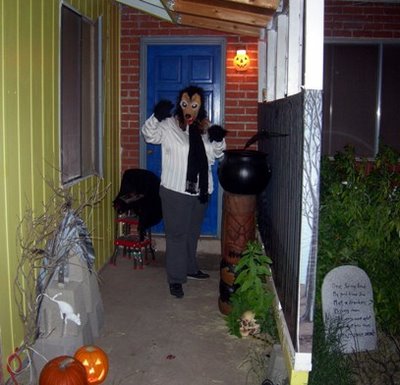 Ariel, who had just taken my picture for this entry, asked, "Whose imagination? Yours or the children's?"

"So you aren't doing it for the children. At least not entirely." 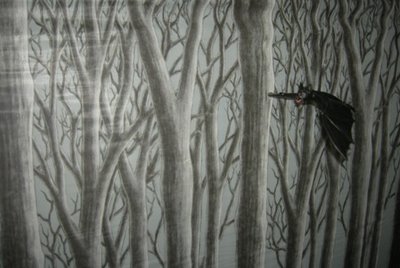 "Then tell me this," Kate said. "For whom did you hold your two imitation bats on strings and prepare to launch them through the air, when I told you there was not a child within a furlong of your house?"

"You could have been wrong," I said. "I thought I heard some."

"Who can hear distant children with any accuracy when your street is so noisy?" Ariel asked.

"Aye," said Kate. "Aside from present company, all I have heard this past half hour is that dreadful music about Jesus, and a man talking about a cake walk." 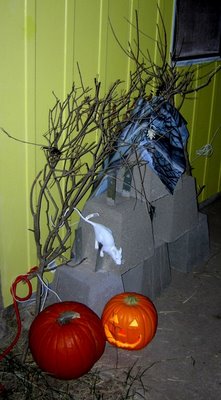 "Yes, that's all coming from the church on the other side of Wilmot."

"Why do they sing about Jesus, tonight of all nights?" Kate asked.

"They aren't singing. They're just playing a very bad recording," I said. "It's all part of a party that church is throwing, an alternative to Halloween. They want children to think about Jesus instead of ghosts and werewolves. And pirates," I could not resist adding.

"In truth, it is no bad thing to consider God and the state of one's soul," Kate said. This surprised me a little. She certainly didn't act as though she worried about such things. 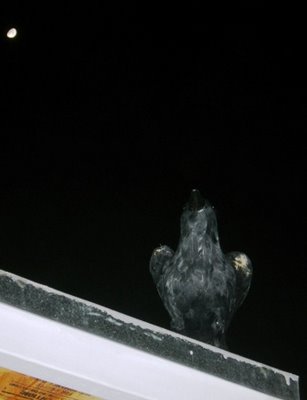 "Is there something wrong with thinking about werewolves and pirates, ghosts and vampires?" Ariel asked. "In your time and place, nobody believes in those things, do they?"

"Some people still believe in ghosts," I said. "The rest, not so much."

"So none of these children will leave your yard believing in werewolves," Kate concluded. "Do the people in that loud church believe otherwise? Would they say it is a sin for you to don the mask of a monster?" 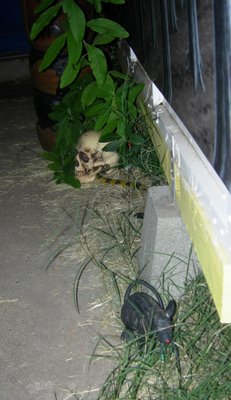 I shrugged. "Maybe. Some people might. It's wrongheaded, though. As I said, it's not about promoting belief in the supernatural. It's about being creative, and having fun."

"Did you have fun, scattering your toy rats and spiders and snakes?" Kate asked.

Kate shook her head. "I shall never understand this century," she said.

Teena - POSTED!
It's all about me!
http://purple4mee.blogspot.com/

Chris - POSTED!
It's all about me...I think!
http://itsallaboutmeithink.blogspot.com/

Posted by Karen Funk Blocher at 1:38 AM