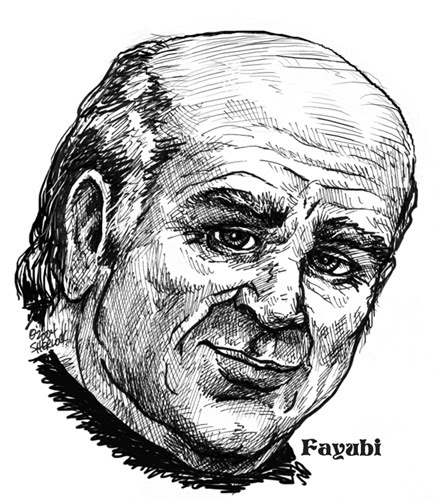 This is the last gasp of what I've written to this point. I hope Randy knows what he's talking about!


See Part Seven (below) for the summaries of parts One through Six.

Part Seven: The middle-aged man with the book turns out to be a magician (or wizard, or mage) named Joshua Wander, an interdimensional traveler who followed his castle from Mâvarin to Shoppingtown. He claims to have no knowledge of the others' predicament, although a policeman who remembers being the Captain of Cathma's Palace Guard is dubious about this. Josh's castle has arrived looking a quarter its normal size, and his magical abilities are severely reduced. As the stranded mage looks through a spell book for answers, Fabian asks if he can look at the spell that brought Josh to Dewitt. Although the spell is written in an unknown language that resists translation, Josh reluctantly hands over the book--and Fabian discovers that he can read it anyway.

Josh’s mouth fell open. “You can read it?”

“Pretty much, yes. It’s in Lopartin. Let me just read it through properly for a moment.”

Everyone stood watching as Fabian read the page, his supple face a mask of frowning concentration. Finally he nodded and smiled. “Interesting book you have here. It doesn’t help us much, but it’s interesting.”

“What does it say?” Cathy asked.

“The relevant bit is a footnote. It cites a theory by Danali that too many transactions between worlds might weaken the integrity of each reality. For this reason, Danali tried to prevent the Otherworlds spell from being passed on. The original author of the present text, whoever it was, thought his completely language-based version of it was safer to use than an Otherworld portal, because no permanent link between worlds was created.” Fabian seemed to be staring straight ahead at nothing as he held the book out. “Oh, my. Take this, please.”

“But something’s clearly gone wrong anyway,” Joshua pointed out as he retrieved his book from the teacher-mage. “Whatever it is, it must have something to do with these particular worlds. I’ve used this spell before without negative effects, and so has my friend Onclemac.”

“Well, I can see why Mâvarin would be at risk,” Randy said. We—I mean they—have had several active portals recently between Rani Fost’s world and Rani Lunder’s. But what about this world? We have nothing to do with this interdimensional stuff.”

“No, we don’t,” Fabian said. “But this man does.” He took a deep breath, and his eyes seemed to focus again as he looked directly at Joshua Wander. “Where did you go to school, Chris?”

Joshua looked startled. “Syracuse University. How did you know that my real name is Christopher?”

Cathy thought she knew the answer. “You just had a vision, didn't you?” she asked Fabian. “A real, Fayubi-style vision.”

Fabian nodded. “Yes, my dear,” he said. “I really did.” He turned to address Josh again. “My vision linked you with a news report I remember seeing many years ago, back when I was in college myself. Are you aware that S.U. is about five miles from here?”

Josh (or Chris) stared at him, open-mouthed (again). “You mean, after all these years, I’m finally back in my home reality?” He reached out and touched Fabian. Then he drew back his hand, looking disappointed. “No, it can’t be. In my few visits home, I’ve always been noncorporeal.”

“Yes, I remember that claim about you from the news report,” Fabian said. “But I assure you, this is definitely Dewitt, New York. And a student named Chris Stein definitely disappeared from our version of Syracuse, about…let’s see, about twenty-eight years ago. I remember it was during my first year of grad school.”

“Why not?” Carl asked. “If he came from here, why shouldn’t he come home again?”

“Fabian is correct,” said Sheila. “It seems likely that this interdimensional Billy Pilgrim has weakened the divide between the worlds by returning to his point of origin.”

“So what are you saying?” Cathy said. “Reality has sprung a leak, because of this guy and his castle?”

“He almost certainly contributed to the problem, at the very least,” said Sheila.

“Wait a minute,” said Carl. “We can’t patch it yet, not while we’re like this, half Mâvarinû and half American. Much as I like the idea of being a king, I feel a little odd here, where it’s not true and never will be. We need to resolve this.”

“That’s right,” Cathy said. “And this cosmic leak theory doesn’t really explain what’s happened to us. I—that is, Cathma—didn’t mentally become Crel after being stranded in her world. Not really. And Crel and Cathma have gone between worlds a lot since then, and their memories never leaked into each other. Why should the memories of lots of Mâvarinû suddenly leak into the minds of Americans, just because one American stopped off in Mâvarin on his way home?”

Joshua Wander looked at her and nodded. “You’re right. That doesn’t make sense.”

“So what do we do?” asked the cop who was partly Wil Masan.

“I know what we do,” said Randy. Everyone stared at him. He looked at them apologetically, and shrugged. “It just came to me. We wait.”

Past installments of this and other past fiction are on the sidebar.