Nobody reassured me last week when I expressed my worry that this serial was "getting awfully lame, and too dependent on stuff most of you have never read." I'll take that as agreement with this depressing assessment. I think you should know that hours after I prepared the header for this entry, I still had no clue what to write in the installment itself. But I eventually did what I always do, and started writing anyway. I hope it's okay! 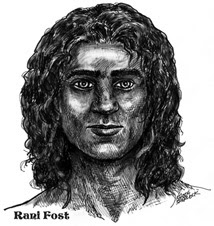 Part Twenty: In mindtouch with Randy, the girl who thinks of herself as Cathma is told that she is really Cathy after all. According to Randy, Li's spell is more an accidental "mindpush" (magical brainwashing) than an actual transfer mind and spirit. Randy takes Cathy on a whirlwind tour through the memories of her own life, until she feels like herself again rather than the Queen of Mâvarin. At the same time, Randy helps the real Queen Cathma to reclaim her own identity as well. The process leaves Randy exhausted—and there are still dozens of people from Dewitt and Mâvarin who need similar help.


Part Twenty-One: All Together Now

Cathy, Cathma and Randy returned to the others. “How did it go?” Rani asked. Cathy could tell he was speaking Mâvarinû, but she understood anyway. She had no idea whether the ability was coming from, or how long it would last, but for now it was useful. She decided not to worry about it.

“Even Rani Lunder could not have done better,” Cathma said. “We’re ourselves again. Right, Cathy?”

“Right, but now I’m worried about everyone else,” Cathy said. “How are you doing, Carl?”

“Rani’s really tired now, though,” Carli said. “And we still have a room full of people who don’t know who they are.”

“We could just tell them,” Carl suggested.

“It will take more than that,” Cathma said. “A lot more.”

“Wait a minute,” said Jamie (Jami, really, Cathy reminded herself). “You four only just got straightened out. Won’t going out there undo the benefit of what Rani and Randy just did for you?”

Cathy looked at Randy, who looked at Rani. Rani shook his head. “I think Carl and Carli are stable enough to do it. Cathy and Cathma probably are, too.”

“One way to find out,” Cathy said. “I’ll go first, since I’m more expendable than Cathma. I’ll report back whether anything bad happens.”

“Cathy, you’re…well, you’re not exactly expendable,” Randy said. “Not to Carl or your uncle, and not to me. Are you sure you want to do this?”

“As opposed to waiting in here for an unreliable magician and his college student lookalike to fix things, supervised only by some interdimensional vagabond we’ve hardly met? Yes, I’m sure. Don’t worry. I’ll be right back. And anyway, it’s not as if I’ll be in mortal danger or anything.”

Carl had a serious look on his face as he opened the door for her, but he didn’t say anything. He probably didn’t know what to say. She flashed him what she hoped was a reassuring smile before stepping outside.

The first thing she noticed was that the piece of Shoppingtown that now surrounded her did not look the same as before. For one thing, it was more familiar to her as Cathy than it ever could have been as Cathma. For another, the storefronts looked more intact now, less distorted, with more architectural details (such as walls and posts), more furnishings, and more store displays and racks of merchandise. There was even a ceiling now, and a working escalator. Cathy could no longer see the sky.

The second thing she noticed was a sudden influx of Cathma’s memories. Yes, she still remembered her counterpart’s life, or remembered it again. This time, though, it didn’t bother her. She knew she was Cathy Salazar. She remembered her own life, and it was no longer strange to her. That was enough.

“I think it’s safe to come out,” she called back into the blue castle. “I’m still Cathy, and you guys should really see this.”

At that moment, Lee and Li came around a corridor from the direction of the pet shop. Li (really Lee) looked pleased with himself. His counterpart looked more worried than triumphant. Right behind them, Joshua Wander also looked uneasy.

“See what I did?” the renegade magician said proudly. “I put the mall back together!”

“You had help,” Josh said pointedly.

“Yeah, but we did it! I didn’t know I could do anything like this.”

“But now Shoppingtown is in Mâvarin,” Cathy protested. “How are you going to get it back to Dewitt?”

Use the sidebar to get to past installments of this serial.

Posted by Karen Funk Blocher at 12:52 AM