Here's just a little catch-up on what's been going on, preparatory to my reviving this blog in the coming months. I've been disseminating news about my writing on my Facebook author page rather than here. The short version, cobbled together from that source:

On September 28, 2017, MuseItUp publishing sent me a contract for the e-book rights to the Heirs of Mâvarin trilogy. Needless to say, I was thrilled. I had pitched to one of their editors at TusCon in late 2016, and successively submitted a revised pitch with a chapter and synopsis, and, eventually, a whole manuscript of the first book. When I heard back, I had just finished writing the prequel novelette, "The Boy Who Saw," so I was free to hop back on the trilogy for one last round of revisions before sending the three "final" manuscripts. Meanwhile, I submitted the contract and three author info sheets, one for each book.

On September 30, I started having trouble with iPad keyboards, a problem that persisted for several weeks and several keyboards. Ultimately I had to reinstall the iOS on the iPad.

On October 4, I finished my "final" revision of The Tengrem Sword.

On October 7, I consulted with Sara Geer about maps she will be working on for me. This is something she's a thousand times better at than I am.

On October 8, I messed around combining old Sherlock portraits with royalty-free stock photos. Here's what I ended up with: 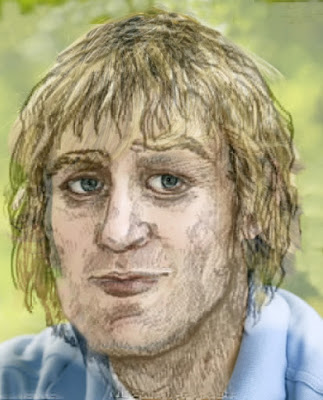 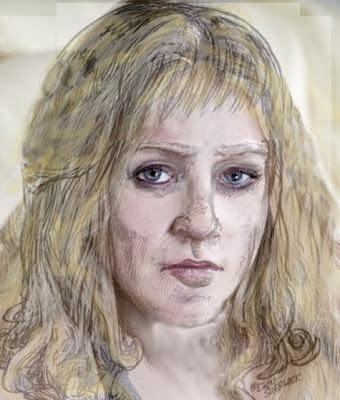 Del looks like a beach bum, but that's kind of appropriate.

On October 18, I finished my "final" revision of The Road and the City. 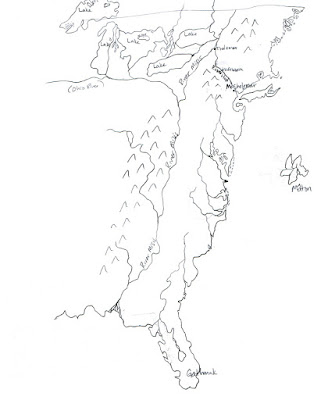 On October 24, I got to see Sara's partial draft of the new map of Mâvarin. The problem with the old ones is that I didn't know where they were when I was writing chunks of the two trilogies, so the place names in the books aren't where they need to be on the maps. Also, Sara understands geography better than I do. Map reading always brought me my lowest score on standardized tests.

On October 25, I discovered that I hadn't actually written six scenes yet at the end of Castle in the Swamp, back when I was last working on it many months ago. Restructuring the original novel into a trilogy with proper dramatic structure for each book had created two plot complications that still needed to be resolved properly. Bummer.

On November 15, I was down to just one unwritten scene. I celebrated with another composite of Sherlock art and photography to come up with this picture of Shela Cados: 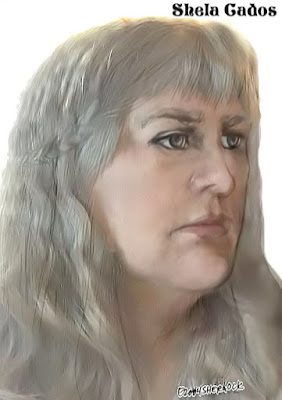 On November 18, I wrote that last scene, bought paper and three binders, and printed out all three novels for a final pre-submission proofread on paper. And there was much rejoicing. 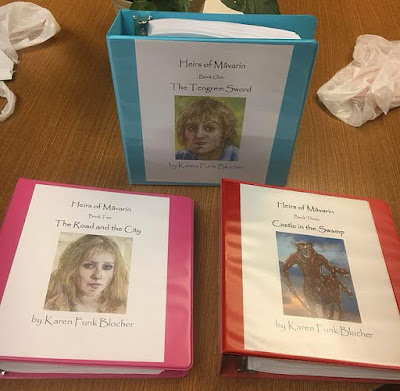 I've now entered my edits from the Book One proofread into the master Word document, performed several global search-and-replace routines on all three books, and started on my Book Two proofread. I hope to get it all off to MuseItUp before the weekend is out. Yay!

"When will the books be out? Can I have an autographed copy?" people keep asking. The contract is for e-books, but I will be arranging for a print-on-demand run in paperback. I'm guessing that the three volumes of Heirs of Mâvarin will be out in the first half of 2018.

Posted by Karen Funk Blocher at 12:01 AM No comments:

Ten-year-old Fabi Stok, who later grows up to be Fabi the Seer, is the protagonist of my new novelette, "The Boy Who Saw." The story will almost certainly appear in an anthology my writing group will be publishing soon.

To celebrate, I've created both a photo manipulation illustration of Fabi and a cover for the anthology. I'm far from being a great graphic artist, but you get the gist.  Enjoy! 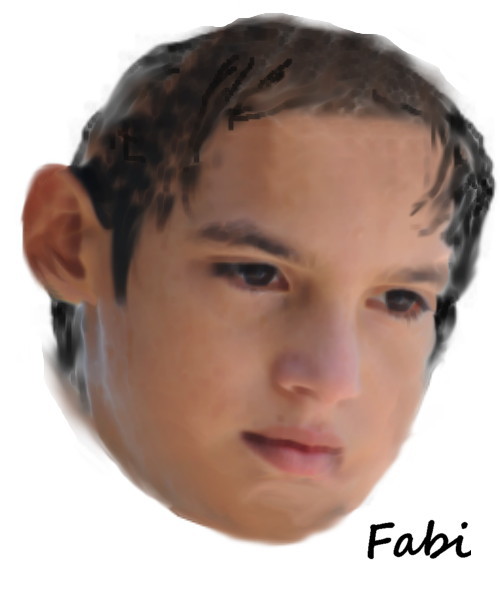 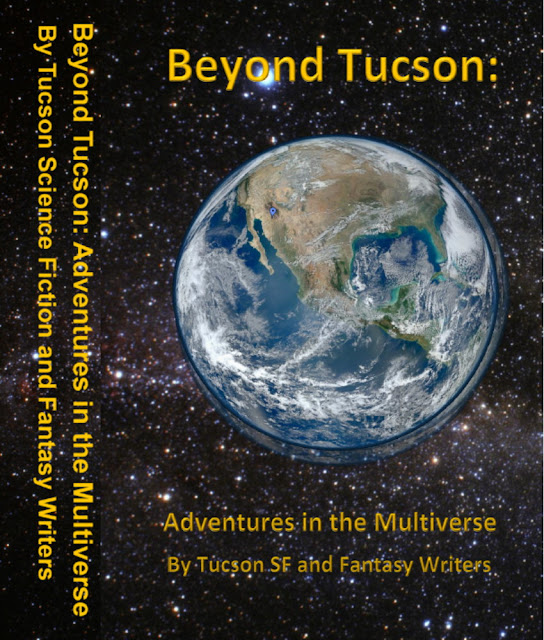 Fantasy, Mâvarin, Fiction
Posted by Karen Funk Blocher at 3:33 AM No comments:

The Boy Who Saw: Invitation

Autumn is almost over, so I’m assuming that the harvest is in. I hope everything went well, and that you got a good price for your cotton again this year.

This being your slow season, I’m wondering whether you might be able to get away for a few weeks and come for a visit. It’s been about five years since I’ve seen you, and I miss my only brother! We have plenty of room, and we’ll make sure that little Fabi is on his best behavior this time.

Husband Fafi has adapted well to shopkeeping. His store is like a little marketplace, with goods from all over. He always seems to know what his customers are most likely to buy, and never gets stuck with unwanted leftovers. I think he misses the caravan, just a little, but overall he’s found his place here in Kinbeth and is quite content.

As for me, I’m still performing, in the local inn and in the occasional play at Skû. The theater troupe there has produced three of my shows, and I even make a bit of money off them. I know you don’t approve, Arti dear, especially since it sometimes takes me away from home for a few weeks; but I hope you’re at least pleased that Fafi and I are well and prosperous and happy.

Little Fabi is ten years old now. He tries very hard to be obedient and considerate, and he’s very loving and kind toward everyone. Even so, somehow he’s always getting in trouble, one way or another. Last week, his pet rabbit turned green for an hour. “Pucu isn’t really green!” he insisted, and it’s true that the animal seems to have taken no harm at all. Then yesterday morning, he came to us crying, and was just inconsolable. He insisted that he saw both Fafi and me dying in our beds. I showed him that we’re both alive and well, but he was very quiet and sad the rest of the day. It must have been quite a nightmare!

I hope to see you soon.

Posted by Karen Funk Blocher at 10:17 PM No comments: 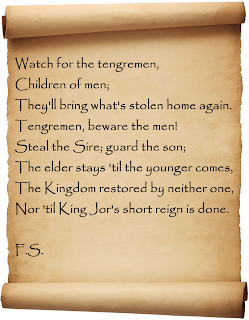 Onward!
Posted by Karen Funk Blocher at 10:39 PM No comments: