Summary to Scene, Sort of

I had a scene in what is now Chapter 29 of Heirs that until tonight was not technically a scene at all, but all summary. You know the bits in which Tolkien or Rowling or whoever disposes of days or weeks of story time in a few paragraphs? This was one of those. But without a bit of actual scene to anchor it, the description of Li's behavior during this period was all tell, no show. This deficiency has been bothering me for years.

Tonight I at least got a line of dialogue in, and a few specific actions to make the beginning of the passage into an actual scene:

Li nodded, but did not bother to answer as he hurried to Captain Perton’s office. The first day after his arrest and release, Li had managed to grovel his way onto a City patrol. ’Nishmû willing, he might win a similar assignment today, but only if there was still room on the roster. Otherwise he would try for Gate duty on one of the exit lines. Sooner or later, the traitor girl would either meet with dissidents or try to leave the City. When she did, Li was determined to be the one to capture her, abating his earlier mistake.

Once inside the Wall, he looked over Captain Perton’s shoulder at the half-completed roster, and his spirits rose. Perton had put him in charge of six trained Rovers, on patrol through the merchant district. Li accepted the undeserved honor with a smile and a heartfelt salute. Perton grumpily waved him off, sending him on his way

Not the best bit in the book by any means, but it's much less clunky than it was.

Posted by Karen Funk Blocher at 11:20 PM No comments:

This poor blog has lain fallow to two years or longer. Its most recent entry before this was an ill-conceived fragment that I was embarrassed to see listed on my sidebar. Well, no longer. During the Clarion Write-a-Thon, which started today, I will be posting fragments from whatever I'm working on, and possibly other Mâvarin bits and pieces. For tonight, I just want to show you the update of the same fragment that's on my Clarion Write-a-Thon pag:

Li said nothing further, and without meaning to, Crel let herself be drawn back into the book’s narrative.

After a while, she realized that Li was still in the doorway, watching her. “I’m sorry. Was there something else you wanted?” she said.

“I’m sorry,” Crel said again. “I’m the one who’s being rude. It’s just that I haven’t read this particular legend before.”

“I get that way about books, too,” Li said. “Do you ever get the feeling, right after you read something, that the whole world around you is a little different because of what you read?”

Crel thought about it and nodded. “Sometimes, after I’m lost in a book, everything I experience seems to mean a little more, as if it were part of the story. Yes, I’ve felt that.”

“Then the feeling wears off,” Li said, “and everything’s just the same.”

Crel looked at him again. She knew just what Li meant. She’d felt it herself, but she had never been able to talk to anyone about it. Not to Del, and certainly not to Jamek.

“Somebody told me a story a few days ago,” Crel said slowly. “It changed the world around me, and I don’t think the effect is ever going to wear off.” 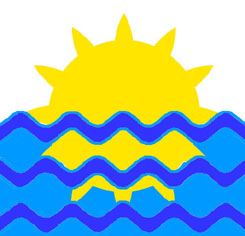