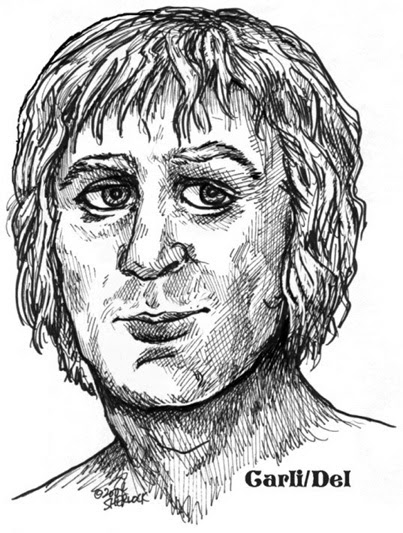 I'm a little worried about what will happen to this new serial when I reach the point at which I have to know the cause of Cathy and Carl's problem, and how to fix it. I'm also concerned that only a few of you know the backstory for this. Oh, well! I'll do my best to keep it accessible to people who haven't read the books.

Part One (below): Cathy and Carl Salazar are on their way to high school in Dewitt, NY when their uncle and guardian, Jamie Barrett, suddenly starts behaving strangely. After referring to the twins by odd names and promising to pick them up later in the carriage, Uncle Jamie looks confused--but denies that there's anything wrong.

Part Two: What Does Randy Know?


As they made their way from the parking lot to their lockers, Cathy and Carl discussed their uncle
’s strange words. “I don’t get it,” Carl said. “He didn’t look like he was kidding or anything. Why would he say something like that?”

Cathy shook her head. “I don’t think he was kidding.”

“Well, what other reason could there be? Hypnosis? Drugs? Insanity? He’s always been so normal up ’til now. Positively boring.”

“You just don’t like that he doesn’t let you get away with stuff,” Cathy said. “But I agree. This isn’t like him at all.”

Carl’s question sounded absurd, but somehow it wasn’t. Somewhere in the back of Cathy’s mind, Uncle Jamie’s talk of royalty and carriages sounded very familiar. Why? She didn’t remember anything like that in Tolkien or Lewis, or any other fantasy she’d read. Not specifically. And why would Uncle Jamie talk like that, even as a joke? He mostly read John D. MacDonald, not Patricia C. Wrede.

But their friend Randy, when they told him about it, seemed to have at least one idea about Jamie Barrett’s odd behavior. “And he called you Your Majesty?” he asked.

Cathy shook her head. “He called Carl ‘Your Majesty.’ He called me Cathma.”

Randy reached into his locker, and pulled out the blue spiral notebook he always carried with him to lunch, study hall and English class. Cathy was pretty sure that Randy's first class of the day was math, but Randy grabbed his notebook anyway, and clutched it protectively. “Are you sure nobody’s ever called you Cathma?" he asked. “I mean, your name is Catherine Maria Salazar. Cathma is at least a possible nickname.”

“Who ever heard of anyone being called Cathma?” Cathy protested. “I’ve been called Cathy, Cath, and even Cate a couple of times, but never Cathma.”

“What do you think it means, Randy?” Carl asked.

Randy looked at each twin in turn, and seemed to come to a decision. “I’ll tell you at lunch.”

“What can you tell us then, that you can’t tell us now?” Carl said. “If you have something to say, just say it.”

Randy shook his head. “I’m not sure yet what I know,” he admitted. “Maybe nothing helpful. Maybe a lot. The bell’s going to ring in a minute, so there’s no time to explain, even if I knew what to say. Just trrust me, okay?”

Carl frowned. “What did you just say?”

“That’s not exactly what you said,” Cathy told him. “You rolled the r in ‘trust.’ You aren’t taking French this term, are you?”

Randy looked suddenly frightened. “No. No, I-I’m not.” He grabbed the rest of his books and dashed away down the hall, just as the bell rang..

Last call: the next part of Joshua Wander's story is available by email only, to a limited number of readers. Please email me if you want to be on that list.
Posted by Karen Funk Blocher at 12:59 AM