I'm posting this a little early because I have other plans for Saturday night's entry in Musings. 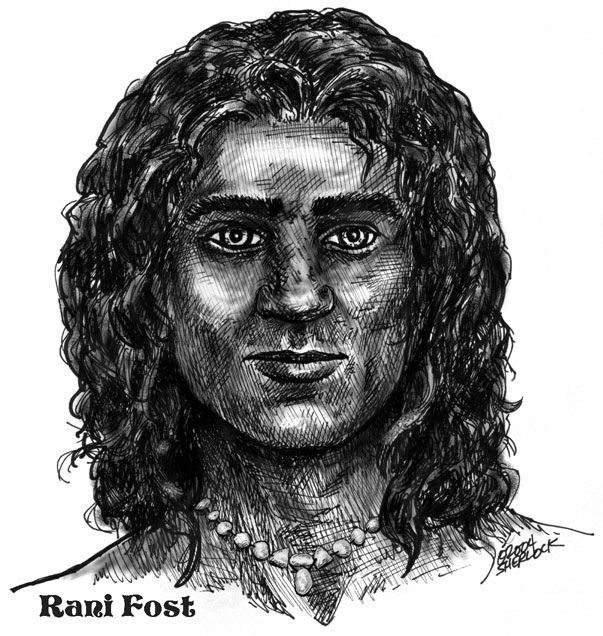 
By midmorning, Cathy was convinced that whatever had caused Uncle Jamie to speak of carriages and royalty was affecting other people as well. Her choir teacher, Ms. Carroll, had departed from her usual lesson plan of Bach, Beethoven and Beatles to lecture on the music of the Middle Ages. The class included both a mandolin demonstration and an impromptu performance, by the entire music department faculty, of a madrigal Ms. Carroll claimed to have written that morning.

Cathy’s trigonometry class, which followed music, offered up a variation of the same weirdness. Mr. Watanabe conducted the class the same way he always did, but somehow it seemed even more irrelevant than usual, and harder to follow. Cathy’s mind kept wandering, and she repeatedly caught herself sketching the carriage Uncle Jamie had mentioned. The third time she noticed this, Cathy gave in and completed the sketch. She was no artist, but somehow she knew what the overall shape ought to be, the size of the wheels, and how far from the ground the driver’s seat should be. There might be no such thing, but Cathy nevertheless had an exact image of the thing in her mind, and a compulsion to get it onto paper.

Gym class was reasonably normal, with boring soccer as usual. It was a little frustrating, though, because she felt as though her body was letting her down somehow. Cathy remembered being stronger and faster and thinner than she seemed to be today. She wished the class would do something more interesting than soccer, like archery (which they typically were exposed to one day a year), or maybe swordsmanship.

Swordsmanship? Where had that thought come from?

“Okay, Randy, spill it,” Carl said, when the twins convened with Randy at lunch. “What is your take on all this? My shop teacher riffed for fifteen minutes this morning on the virtues of stone architecture, and spent the rest of the class teaching us about stained glass windows. Mr. Cheney was glaring at me all through Physics class for no reason, and I caught myself glaring back. What the heck is going on?”

Randy looked around the cafeteria before answering. They were the only students at that end of the long table. A few people at other tables seemed to be looking at them, but the room was so noisy that they could not possibly have heard Carl’s question. “I don’t know what’s going on, or why,” Randy said. “But I think it has something to do with a story I’ve been working on.”

This made no sense at all to Cathy. “A story? All this weirdness is being caused by you writing a story?”

“No, but it’s related. Look at this.” He pushed aside his bag lunch and opened his spiral notebook to a page near the middle, covered with black ink and marked with a large paperclip. Cathy leaned over and read,

“King Carli looked at all the papers on the table before him, and wished he was off with Rani instead. So far, being a teenaged king of Mâvarin wasn't much fun.”

“That doesn't prove anything,” Cathy said. “You’re a Lord of the Rings and Narnia fan, and you spend way too much time fantasy gaming. Naturally you’d think in terms of kings and other fantasy characters. But naming the characters after you and Carl is awfully Mary Sue of you, don’t you think? Couldn’t you come up with more original names?”

“Well, it’s still no big mystery,” Cathy insisted. “All you did was base the characters on people you know, and just change the names a little. Carl Lee to Carli and Randy to Rani isn’t exactly a stretch.”

Randy shook his head. “Except that I didn’t start with the names Carli or Cathma, and I didn’t start writing this stuff down until I’d been dreaming about it for several days in a row. In the first two dreams, those characters were called something else, before they found out they were royalty.”

“But you knew they were based on us, didn’t you?” Carl asked. He pointed at himself with a baby carrot for emphasis.

“Well, yeah,” Randy admitted. “They originally worked in their uncle’s stable, just as you do.”

“Then I don’t see anything all that mysterious about it,” Cathy said. She took another bite of bad cafeteria taco before continuing. “You knew they were based on us, so, consciously or otherwise, you changed their names to be like ours.”

“You’re forgetting about Uncle Jamie,” Carl said. “He doesn’t know anything about Rani’s dreams, but for a moment he talked as if he were a character in one of them.”

“He’s not the only one,” Randy said. “I’ve heard some pretty strange things today. And you just called me Rani.”

“I did, didn’t I?” Carl said musingly. “It felt perfectly normal, as if I’ve been calling you that all my life.”

“Why are you talking like that?” Cathy asked. “It almost sounds as if you’re growling.”

“What kind of monster?” Cathy asked. “You mean like Godzilla or Predator or something?”

Scroll down or check the sidebar or Part One and Part Two. Other past fiction is on the sidebar, organized by category.

KAREN I wanted to let you know that I just started reading this series and am enjoying it.
Barbara