For some reason, Blogger insists on putting all the text of this particular post below the sidebar, no matter how much I reformat it. There's no reason for it; it's the same format I've been using every week! I even stripped out the last shreds of html and the two pictures in case it helped. It didn't, so I may just have to put up with it. Unfortunately, I don't have the knowledge to debug the template--the same exact template that worked fine on last week's post,and the ones from many weeks before that. Part Fourteen: Cathma and her friends meet Lee Ramirez, the American who inherited Li Ramet's magical talent for understanding and being understood in any language. With Lee's help, the Americans and Mâvarinû compare notes. It turns out that they all know their situation: Their spirits and consciousness have now been transfered into each others' bodies. Lee confirmed that his counterpart, Li Ramet, is involved, and should arrive soon with the remaining affected people.

Josh Wander’s suggestion to return to his castle made a lot of sense, so the Americans-turned-Mâvarinû walked back into the itinerant magician’s great hall, accompanied by the Mâvarinû-turned-Americans. The room looked bigger this time, with chairs that Cathma didn’t remember seeing as Cathy earlier.

The American mall patrons who had remained inside looked relieved to see Cathma and her friends, and astonished to see their counterparts. “Are we in Mâvarin, then?” asked the man Cathma knew as Sen Tilen. “There really is a Mâvarin?”

“There certainly is,” Cathma said. “Go through that door, and it will be Dewitt that seems unreal to you.” 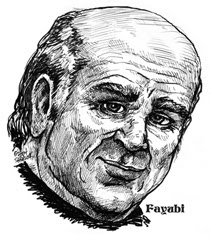 “What is interesting?” Cathma asked.

“You’re speaking and understanding American English now. Do you still identify yourself as Cathma rather than Cathy?”

Cathma thought about this. “Well, I do remember Dewitt better in here than I did out there, especially what happened today. But I still feel more like Cathma than Cathy, no matter what language I happen to be speaking. What about you? Are you the mage or the school teacher?”

Fabian laughed. “I guess I’m a mage who thinks he’s a teacher.” He smiled at his counterpart, the one in the American slacks and Tommy Helfiger shirt.

Fayubi smiled back. “That makes me the teacher who thinks he’s a mage. Hello, Fabian. I’m glad to be able to talk to you.”

“As am I. The question is, are you really a mage?”

Fayubi frowned. “What do you mean?”

“As Lee Ramirez told you, I’ve been playing with your toys, and making them work. Do you have magic here as well, or did I inherit your magic along with your body?”

“Hmm. Good question,” Fayubi said. “I did have a vision of your arrival, so I’d have to say that I’ve retained at least some of my magic. Have you had any actual visions since your consciousness completed the transfer?”

“I’ve had several of them,” Fabian said. “It was frightening, the first time, but I quickly got used to seeing things that weren’t there.”

“So what are you saying?” Cathy asked. Cathma was a little startled; she’d been about to ask the same thing. “Are you both mages now?”

“So it would seem,” Fayubi said.

“Great,” Cathma said. “So which of you can divine a way to resolve this problem?”

Fabian and Fayubi looked at each other. “I’m not sure that either of us can.” Fayubi said. “Sorry.”

“We’re not the ones to do it,” Fabian added. “We’re going to need Randy’s help, and Rani’s. And Li Ramet’s of course.”

“What can Randy do?” Cathy asked.

“He can do what I can do, if the tengrem lets him,” Rani said. “It’s an awful lot to ask, though. There must be thirty people in this room, and twenty more out there in what’s left of the mall. Do you really expect an apprentice and a confused high school student to transfer all those minds and spirits?”

“What other choice do we have?” Carli asked.

Rani shook his head. “I don’t know. I’ll try though, if Randy will.”

“Where is Randy?” Carl asked.

Somewhere beyond the open castle door, Cathma heard the distinctive sound of a tengrem’s gallop.

Use sidebar to get to the individual installments of this serial and other past fiction.