The Clone and the House Guest

cross-posted from AOL (as usual):

Weekend Assignment #84: Take a look at the picture below. Tell us what you think is going on in the picture. You can write as long as you want, or as short as you like -- even a photo caption works. Now, it's a fairly weird picture, but I thought that would just give you more to work with. Ready? Here you go:

John Scalzi is finally forced to admit it was a bad idea to crib
his cloning experiment from a Treehouse of Horror episode of
The Simpsons
.

Extra Credit: Would you like to see more "explain what's going on in the picture" sort of assignments?


No. Not as such. There's not enough material here for writing one of my patented long entries. Yet somehow I'll manage anyway, especially with my nosy house guest asking questions! 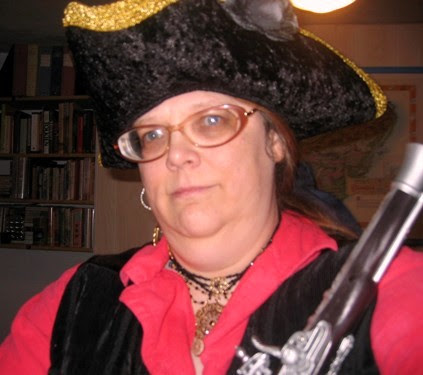 "He's AOL's designated, professional blogger," I tell her. "He's there to encourage and inspire people to post in their AOL Journals, give tips on how it's done, point the way to interesting or amusing stuff online, and generally entertain us."

"Then by what authority can he assign you to do anything?"

"Oh, it's completely voluntary. But it gives me something to write about that I might not have thought of otherwise."

"Is this something you wanted to write about, now that he's thought of it for you?" she asks pointedly.

"Not really, but I'm proud of the caption I came up with for it."

"I do not understand it. What is a clone?"

"A clone is an exact copy of a person, like a twin, but made by science instead of nature. It's been done with a sheep and other animals. Nobody's ever really cloned a human being yet, as far as we know, and a lot of people say we shouldn't even try it."

"But the monster on the left isn't an exact copy," Kate points out.

I decide not to mention that "monster" would not be a politically correct term for a "cloned American," even a wonky-looking one like Scalzi's. "That's because the premise of the photo is that the cloning experiment didn't quite work out," I explain. "It's supposed to be a joke."

"Well, I fail to see the humour in it," says Kate. "What does your caption mean, about The Simpsons? You have DVDs with that name on them. Are there clones in The Simpsons?"

"Not that I recall," I admit. "But the fake clone in the picture looks a little like the drawings of Homer Simpson in the tv show."

"There are drawings in the tv show?"

"It's nothing but drawings. You can watch some of the DVDs tomorrow if you like."

"And the treehouse of horror? What, pray tell, is that?"

"It's a series of Halloween episodes of The Simpsons, in which horrible things happen. If a cloning experiment went wrong on The Simpsons, it would probably be in a Treehouse of Horror episode."

Black Rose Kate shakes her head. "I think I have done very well so far in understanding your century; but this explanation remains unclear to me."

"It's not important," I tell her. "Nothing kills a joke faster than trying to explain it."

Kate nods thoughtfully. Then she hits me with a question that I should have expected but didn't. "Am I a clone?"

I look at her. There is no denying that Katie Specks looks enough like me that she could indeed be my clone. It is also true that she still doesn't know how she got here. I can't blame her for wondering whether she might not be who she thinks she is. 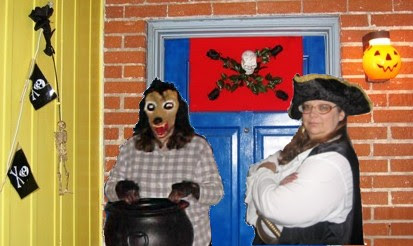 "Not of me, you aren't. Perhaps we're related."

"Aye, perhaps. Were your ancesters from England or Ireland?"

"Some of them. I used to jokingly refer to the Irish ones as Viking Irish royalty, the ones who got tired of returning north and became landed gentry instead."

"Aye, I come from the same hardy stock," says Kate. "Mayhap we are relatives. But stay, I have one more question for ye."

"Am I fictional? You told people that I was a fictional character."

"I read the emails you sent to Paul and Gem."

Poor Kate! I'll have to approach my explanation delicately.

"I didn't think you would learn to use my computer so quickly," I admit. 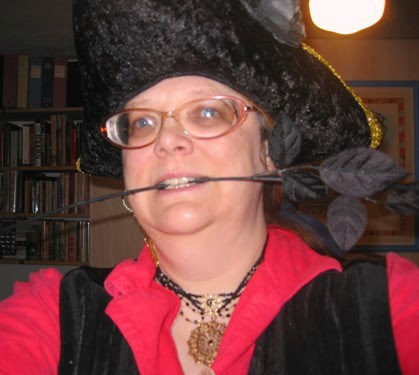 "I find your keyboard difficult to operate, especially the keys with the letters missing. But even I can point and click with the mouse. What is your explanation, Karen?"

"What would you have me tell everyone, Kate? If I post the truth, that you're really here but we don't know why or how, people will either assume that I'm lying, or that I'm crazy, or that I'm telling a story. As a fiction writer, I'd rather they think I'm writing fiction than that I'm lying or crazy."

"You think people will not believe the plain truth?"

"That's right. People just don't turn up from centuries past, alive and well and asking questions."

Kate chuckles. "Fair enough. All right, then. We can pretend that you're spinning a yarn, an it helps you preserve your reputation."

"But you should have asked me, Karen."

"Aye, well, 'tis unimportant now. Tell me more about The Simpsons. Do these drawings you mention move, like the images in Buffy?"

I think I'll spare you the rest of that conversation.