For the record, I'm 17 pages into this in the master Word document, with 7 1/2 pages of handwritten draft not yet typed.

Is anybody reading this? I didn't get any comments on Part Three. 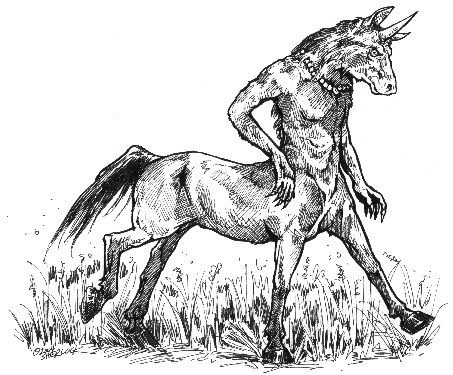 Part Three: Cathy notices that some of her teachers are also behaving strangely. Even she experiences odd thoughts and memories as the day wears on. At lunch, Randy tells Cathy and Carl that the impressions of another life that people are receiving are tied in with dreams he's had about a country called Mâvarin, in which Cathy and Carl are Queen Cathma and King Carli. Randy has begun writing down the dreams in story form. Randy's main worry is that in the dreams, he's a monster. Carl suddenly remembers what kind of monster Rani Fost is in Mâvarin.

Randy and Cathy both stared at Carl. His eyes were closed, and he was trembling.

“How do you know that?” Randy asked.

“You told Del who you were, when he saw the tengrem in the cave,” Carl said. “I kind of remember it, like something in a dream.”

“You’ve been dreaming of Mâvarin too?” Cathy asked.

“All right. Now I’m officially worried,” Cathy said. “Have you told anyone about this, Randy? I mean before now.”

“Are you kidding? ” Randy said. “It’s tough enough, being one of only three African American kids in this whole school, not liking hip-hop and not having any black friends. I don’t want to be the weirdo with the dreams, too. The only people I’ve told are my Mom, Mr. Stockwell and now you two. Ms. Crouse knows about the stories, but not about the dreams.”

“He made me tell him how long I’ve been having the dreams, and how I feel about being a tengrem in them. I asked him if it was a metaphor for being different from everyone else, and he said, ‘not necessarily.’”

“Listen, Uncle Jamie said we could go to the mall after school,” Carl said. “Want to come?”

“Uh, sure. If I haven’t turned into a tengrem by then.”

“You’re actually worried about that, aren’t you?” Cathy said. “Rani, there’s no such thing.”

“Calling me Rani. It’s all rright. You can call me that if that’s what feels natural to you.“

Cathy shook her head. “I don’t know why I did that. I think I’m just rattled by all this.”

“You don’t remember anything?” Carl asked her. “Doesn’t any of this Mâvarin stuff seem at all familiar to you?”

“No, of course not,” Cathy said, but a moment later she realized it wasn’t true. It did seem familiar, like a movie seen long ago. “Well, a little,” she admitted. She probed for a specific memory, beyond the general sense of déjà vu she was feeling. “Randy, is Mr. Stockwell in your dreams under another name?” she asked.

Randy nodded. “That’s rright.” Randy shuddered at the sound of the half-growled word. “Listen, guys. Do my eyes look any different to you? Do you see any yellow in them?”

Cathy stared into Rani’s—Randy’s—eyes. “No, they’re perfectly normal, except that you look scared to death.”

The fear in Randy’s face shifted into sudden anger. “I have a rright to be frightened.”

Randy took a deep breath. “I know. Thanks.”

“Listen, Mr. Stockwell’s class is next,” Cathy said. “Do you mind if I talk to him with you about this after class?”

“All rright, but let me do the talking to start with,” Randy said. He grimaced again. “I don’t want to tell him everything until I have some idea whether he’s likely to believe us.”

“Or experiencing the same thing himself,” Carl said. “He probably is. I wish I could be there, but the science wing’s nowhere near my next two classes, and I can’t afford to skip either one.”

“Again, you mean,” Randy said with a smile.

Mr. Stockwell was not in class. The substitute, Mr. Dupree, announced that Mr. S. had gone home sick at lunchtime. “Is there a Randy Foster here?” he asked.

Randy raised his hand. “Here.” Sitting beside him, Cathy could hear her friend’s overly careful pronunciation of the letter R, but nobody else seemed to notice.

Mr. Dupree nodded. “He left this for you. He said it was an extra credit assignment.” Whispers erupted in the class as Mr. Dupree handed an envelope to Randy. “That’s enough!” he told the class. “Unless you’d all like a pop quiz on transference and sublimation.”

The students’ groans were followed by the taking of attendance. As Mr. Dupree droned out the names, Randy quietly opened the unsealed envelope, took out the one page note, and set it down where Cathy could read it too:

Randy (or should I say Rani?):
I’m pretty sure that what you’re worried about is
physically impossible here. Stay in control, and don’t
panic. I have some assimilating of my own to do, but
I’ll be back to help you later today. – FS

Randy picked up his pen and wrote at the bottom of the note: “He knows.”

Other than Carl’s report that Ms. Ramirez kept staring at him during band class, and Randy’s similar report about Ms. Crouse, there were no further incidents before school let out at three. Randy tried to back out on his agreement to go to Shoppingtown with the twins, but Carl wouldn’t let him. “We need to be together, in case anything else happens,” he insisted. “And if your mom’s affected by all this, she’s right there for us to check on.” Randy’s mother was an assistant manager at J.C. Penney.

“That makes it worse,” Randy said. “And what about Mr. S.? How will he find us with the help he prromised?”

“The man who wrote that clearly knows more about our situation than Mr. Stockwell normally would,” Cathy said. “If he’s becoming Fayubi, he’ll find us.”

Use the sidebar to get to previous installments of this, the Joshua Wander serial, and Mâvarin-related fiction.